About LaxCamps.org and Bill Pilat

One of the first lacrosse camp registration websites

A tradition of lacrosse excellence

LaxCamps.org and Bill Pilat's Lacrosse Camps have been offering instruction and development for lacrosse players since 1990. Bill Pilat's Lacrosse Camps' recent partnership with US Sports Camps Inc., the operators of the Nike Sports Camps, ensures that Pilat's unique programming will continue to grow around the country and improve even more lacrosse players.

Camps and events are managed by college coaches, athletes and other highly experienced lacrosse enthusiasts and teachers of the game.

Campers are grouped by age, ability and size for teaching purposes but the camps are very individual in nature, with much instruction given individually or in very small groups.

Over 25 years of fine-tuned lacrosse camp programming with 100s of athletes attending our camps and improving their game.

Entering his 28th season on the Roanoke College sidelines, Bill Pilat has accumulated well over 65 percent of the men’s lacrosse wins in school history. A 1985 graduate of the college, Pilat has won 302 games in his head coaching career, while losing just 110. Pilat is by far the winningest coach in the team’s history. His winning percentage of .700 is also the best in the history of the Roanoke lacrosse program and the Old Dominion Athletic Conference.

In 27 seasons as the RC head coach, Pilat has led the Maroons to a top-10 ranking 18 times, culminating with a number-four ranking in 1992 and 1997 and a number-three ranking in 2005 and 2006 and a Number 1 ranking in 2009. He has coached 70 All-Americans, 67 First Team All-ODAC selections, and eight conference Players of the Year. In 19 of his 27 seasons, the Maroons have completed the season ranked among the nation’s top 20. 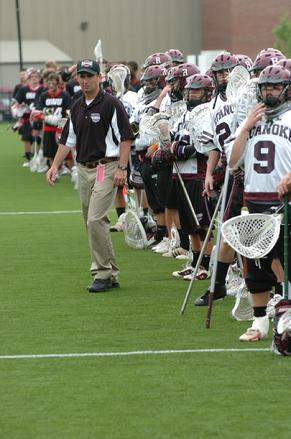